Before Convict Lake was a Resort, It Was an Escape Route

The Resort was officially established as Convict Lake Camp in 1929 and owned by Bill Garner.  Prior to that, the resort area was referred to as Raymer’s Camp.  Ownership was passed to the Wenger Family in 1962. The current owners took possession in 1982.

Convict Lake and Creek are so named as the result of an AMBUSH encounter here September 17, 1871, when a group of inmates escaped from prison in Carson City.  Sheriff George Hightower eventually caught up with the convicts and a shoot out took place.  Robert Morrison, a Benton Merchant and Mono Jim along with other other posse members encountered the convicts on the present Convict Creek, then known as Monte Diablo Creek.  In the encounter, Robert Morrison and Mono Jim were killed. The convicts escaped and were eventually captured later in Round Valley.

The Indians are said to have called Convict Lake Wit-Sa-Nap bearing this legend.  “The streams which flowed from the mountains were supposed to be filled with Pot-Sa-Wa-Gees, water babies, who lived in spirit, but were visible to the eye, having the face of an Indian child and the body of a fish.  Hi-Na-Nu was a wise and good man, whose spirit the Indians reverenced, and to whom they looked for guidance in earthly matters.  However, he was endeavoring to capture the Pot-Sa-Wa-Gees as they traveled up stream.  When the sources of the streams were reached the water became so shallow that the water babies were in great danger of being taken by their pursuer.  They prayed to the Great Spirit for aid, and in answer he caused the waters to flow up hill and to join the waters flowing down from the mountains, uniting in one large, deep lake, wherein the little spirits found safety —Wit-Sa-Nap, the Convict Lake of to-day.” Sierra Club Bulletin Vol. IX, San Francisco, CA, 1915,  Mrs. A.A. Forbes. 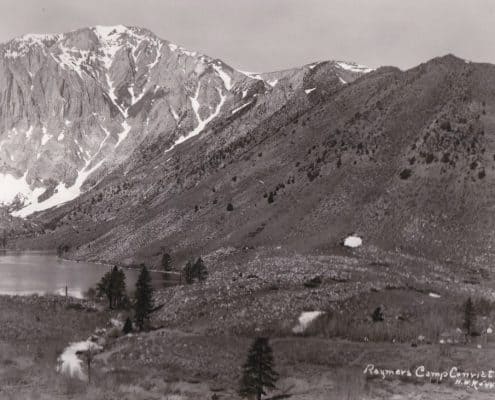 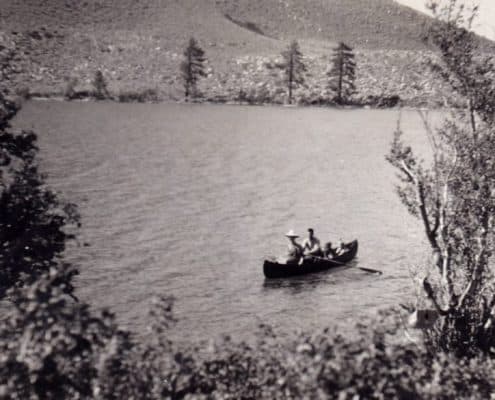 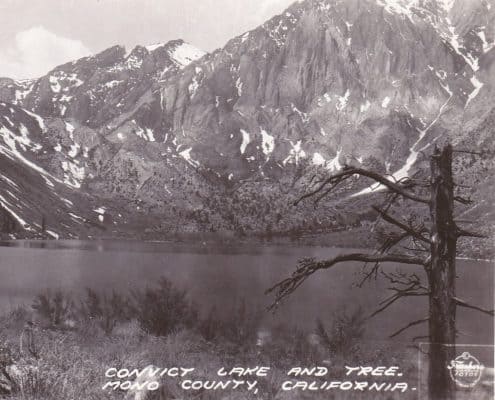 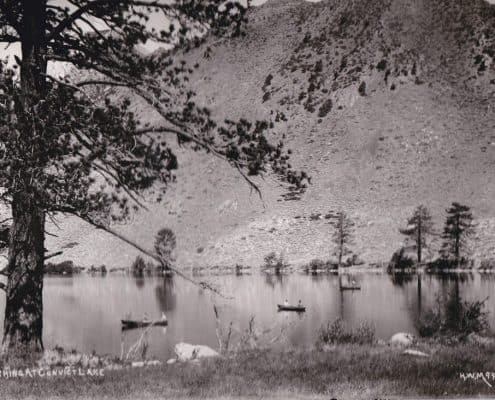 Visit our general story book section for more history of the lake and surrounding area. One of the most popular selections is Gun Play at the Lake by Richard Delaney.

Convict Lake was also featured in the the following films and commercials: