The big news this week is that we stocked the lake with many big ones weighing  5 to 8 pounds.  The Ambush at the Lake Derby and Morrison’s Bonus Weekend with the special tagged fish brought in many anglers.  Big trout were caught, but unfortunately, none of the tagged fish were snagged.

The late season anglers are pulling in some nice ones all around the lake from the shoreline and from boats. A variety of baits and lures have been working, including Gulp Pinched Crawlers, inflated night crawlers, the Rainbow Trout Rapala, green garlic power bait, and our old favorite, the Red and Gold Thomas Buoyant.

The big catch of the week was caught by Fred from Forest Hill, CA.  He pulled in a whopper weighing 8 lbs. and 26 inches.  He was on a boat off shore of the picnic area on South Shore using a pinched crawler.  WOW!!

With the end of trout season rapidly approaching, now is the time to come on up to Convict and catch those whoppers before it is too late. The campground closed on October 31st, but our cabins are open and are warm and cozy on the colder mornings and nights.  The marina is open daily for those wanting to go out on one of our pontoon boats

The Ambush at the Lake Derby goes until Nov. 15th .  You still have time to get into the drawing worth $6000 in prizes by catching just one 14 inch or larger trout.  We have a few Ambush at the Lake t-shirts in the store. We only have size small, medium and large. These can be ordered online or by calling the store.

The fish are biting and we have all that you need to make a great last of the season trip. 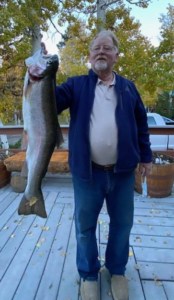 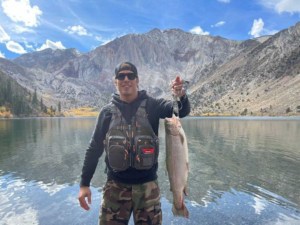 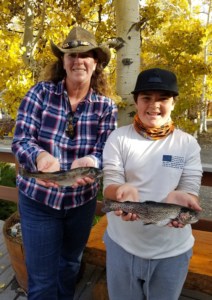 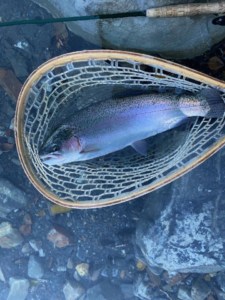 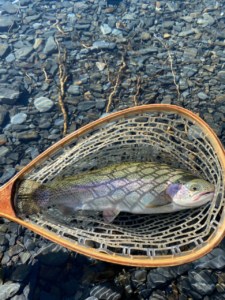